Memes are made for forums, and we make it easy to add this It's a Fake! meme to your post. Just copy and paste the following BBCode into your forum post, and your online coolness factor will increase by 67%.

We make it easy to put this It's a Fake! meme on your website. Just copy and paste the following code into your HTML!

About It's a Fake!

"It's a fake" is an exploitable catchphrase stemming from the strange delivery of the line by Romulan Senator Vreenak in an episode of Star Trek: DS9. While typically used in forums in response to anything that is believed to be forged, the memorable quote has also spawned a lasting series of photoshopped images, animated GIFs and video mash-ups.

Other It's a Fake! Memes 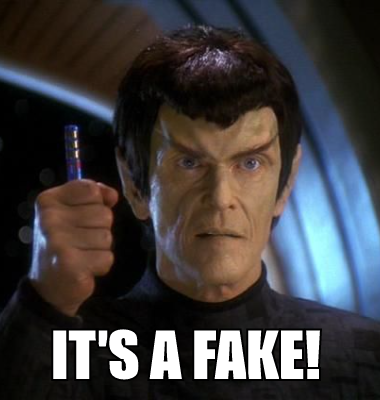 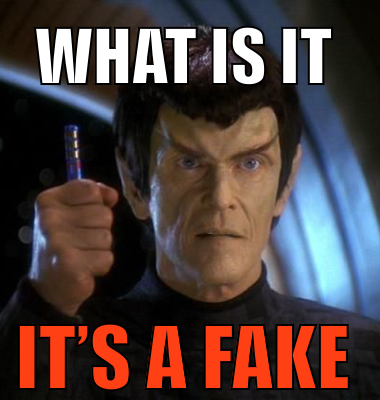