"Yeah can I just get a cup for water?" Fills with soda

Memes are made for forums, and we make it easy to add this Scumbag Steve meme to your post. Just copy and paste the following BBCode into your forum post, and your online coolness factor will increase by 67%.

We make it easy to put this Scumbag Steve meme on your website. Just copy and paste the following code into your HTML!

Blake Boston, commonly known as Scumbag Steve, is the subject of an Internet meme that became popular in 2011. It originated with a 2006 picture taken by Boston's mother, Susan, of then-16-year-old Boston wearing a backwards fitted cap and winter coat with a fake fur collar. 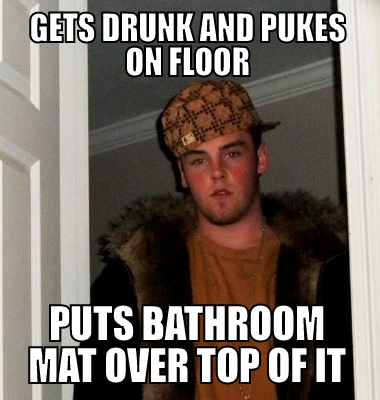