It's Val Kilmer from the movie Red Planet, from one of the final scenes of the movie where he utters the now infamous phrase "Fuck this planet" and forever etches his place in cinematic history.

Want to create your own Red Planet meme? Head to the Meme Maker and get started now! 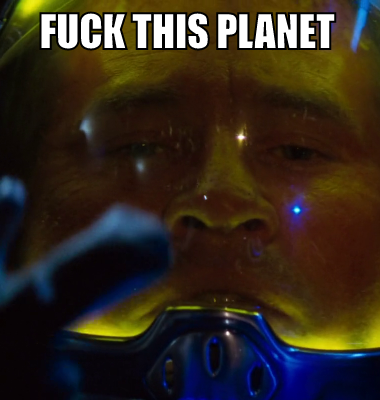